A dazzling novel about a young black woman who walks the streets of Oakland and stumbles headlong into the failure of its justice system–the debut of a blazingly original voice that “bursts at the seams of every page and swallows you whole” (Tommy Orange, best-selling author of There There)

When I saw that the author wrote this at 17 and lived on the streets of Oakland, I was floored.

The language is what I would expect from a teenager. All the feels are there.

Kiara and her brother, Marcus, live in East Oakland. A roach-infested hovel. That is all they can afford and they honestly can’t afford that. While Marcus is pretending to make a rap record, Kiara is hustling all over the dirty streets of Oakland looking for money. Their family fell apart long ago when her mom went to prison. Just teenagers themselves, Kiara also looks out for the little boy next door whose mother is an addict and never home.

After one drunk misunderstanding with a man turns into a career on the streets called night crawling. And since the johns are the cops, she is in it until they say she isn’t.

But then her name is connected to an internal investigation in the police department. A huge scandal involving officers and prostitutes.

The last thing Kiara wants is to be in any kind of limelight. She just wants to live.

This book was not pretty to read. It was raw, ugly, and made me cry and cringe quite a bit. But I am glad I read it and I hope we hear from this author again!

A beautiful debut novel. Eusebia and her husband, Vladimir, along with their daughter, Luz, have lived in Nothar Park which is a predominately Dominican part of New York for twenty years. Having come from the Dominican Republic.

Eusebia is considered an elder in the community and she isn’t happy about the gentrification going on around them. Especially when the owner of their building decides to go condo and sell the units. So they must move out or be bought out. They are both proud of their daughter, a lawyer in a fancy firm downtown.

All the while behind Eusebia’s back, Luz is helping her father design the perfect house in the Dominican Republic for him and his wife when they retire. They have worked hard and sacrificed for their dreams and their daughter.

After an accident, Eusebia is even more determined than ever to keep her neighborhood as it is. She enlists her group of women friends and they come up with a plan that may get them all killed.

Meanwhile, Luz has lost her job and fallen hard for the man leading the demo project. This pits mother and daughter against each other and will lead to dangerous results.

It’s hard to believe this is a debut novel. Natera’s writing weaves together themes of family, identity, and community and what we are willing to sacrifice for those we love.

It is a beautifully told story.

“The Black Agenda mobilizes top Black experts from across the country to share transformative perspectives on how to deploy anti-racist ideas and policies into everything from climate policy to criminal justice to healthcare. This book will challenge what you think is possible by igniting long-overdue conversations around how to enact lasting and meaningful change rooted in racial justice.” —Ibram X. Kendi, #1 New York Times bestselling author of How to Be an Antiracist and Stamped From the Beginning

The Black Agenda is the first book I have seen that uses essays by experts all over to give us a perspective on issues we may not be aware of and if we are aware and just want to know more and what to do to effect change, it’s perfect.

There are so many issues addressed here. From mental health to climate change. This subject of police brutality and a culture of racism in every aspect of society. The inequalities and injustices against people of color. Even the question of infant and mother health issues.

If there is to be any hope for America, it needs to begin with true equality for all people. This is truly one of the best books I have read this year.

This book is a look and a celebration of black women’s identity and impact on pop culture by HuffPost critic, Zeba Blay.

Blay was the first person to give us the #carefreeblackgirls, in 2013 on Twitter.

This is a series of essays that took me longer than normal to read. This isn’t my story and I wanted to really absorb what she was saying.

Blay takes us on a journey to meet black women who were significant throughout history. Each in a different way. Starting with Josephine Baker, Michelle Obama and Cardi B and Lizzo!

She shares her own story and experiences as well as those women she writes about.

I think what I was left with in the end was a celebration of women who defy stereotypes. Women who stand up and stand out. Black women get things done. They are strong because they have had no other choice.

What a beautiful look at the women who changed history really.

“Searing . . . In affluent Baxter’s Beach, the gentry of Barbados maneuver around their servants with velvet gloves and steel nerves, exposing fault lines of resentment, love as ephemeral as a tropical breeze.” (O Magazine)

We begin in Baxter’s Beach, Barbados. Wilma tells her headstrong granddaughter, Lala, a story. One of those cautionary tales or warnings about what happens to girls who don’t listen to their parents and go places they should not.

The next thing we see is a grown up Lala living on the beach with her husband, Adan, who is an absolute horror of a man. Lala is pregnant now and scared she is losing her baby. Looking for her errant spouse, she comes upon a house on the wealthy side where she hears a gunshot and a scream and sees her husband running out of the gate.

That gunshot sets into motion some incredibly horrible things. Things that made my heart ache. A woman loses her husband and a new mom loses her daughter. One is wealthy and one is not. But the grief they have is the same.

A story of race and class systems and the vast differences between them. And what some of them will do to be on top.

Beautifully written and emotionally charged, it’s hard to believe this is a debut! 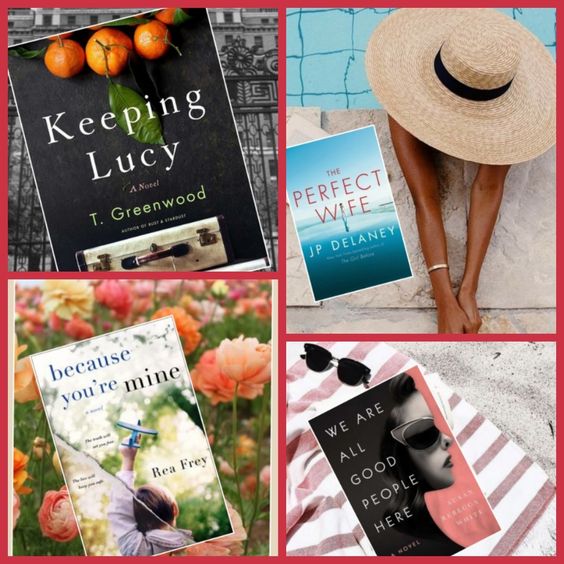 All released today! Available everywhere books are sold! From Down’s to AI to Race and a twisty thriller!

This was a difficult book to review. It was also difficult to read and to know that what I was reading was truth. If you don’t know it as truth, you need to go way back and look at how we became America and who the people were that made up the rules that some people, based on their sex or skin color, were considered less than.

I’ve studied slavery and the Civil War for a long time. I worked with the Middle Passage Museum and met John Lewis, Coretta Scott King, and many other leaders of the rights movement and survivors of the what is still a racist South and North. Some people are just more blatant about it.

I along with a lot of other people expected Obama to stand up for race inequalities. But as it turned out he wasn’t going to rock the boat either way.

This journalist does. Here you get the unvarnished truth about all sides. In my humble opinion this should be a must read for all high school students. Especially places like Mississippi which in some towns have only in recent years, or make that year, have been forced to stop segregating blacks to the other side of the track schools.

There is no such thing as white supremacy. There are just insecure people who need to have someone to be better than so they aren’t the ones on the bottom.

Thank you for this book Netgalley and Random House! Due to release October 3, 2017 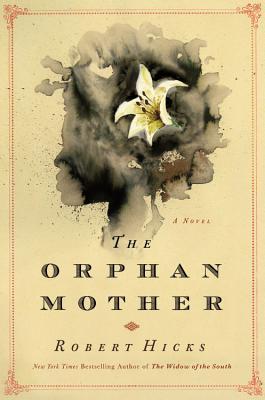 Mr. Hicks has given us more of “The Widow of the South” with “The Orphan Mother”.

The year is 1867. The war is over and the South is having to adjust, including Mariah Reddick, former slave to Carrie McGavock–the “Widow of the South”. Mariah is a free woman now. She is dependent on no one and has her own home and a thriving Midwife business. She tells herself that she built the town of Franklin, Tennessee by delivering all of those lives into the world

Her only child, Theopolis, has made a name for himself as a cobbler and has ambitions that scare Mariah. He wants to be in politics and it scares Mariah to death for her child.

The book also introduces George Tole. He has never been a slave. From New York, he has always been a freeman. Quiet and secretive, no one knows too much about him or why he moved to Franklin.

When Mariah’s worst fear comes true and her son is killed, she moves back to Carrie’s and sets out on a journey to discover who murdered her son and why.

A very timely account of what times were like, not only during the summer of 1867, but all  of these things and more were happening all over the south.

As someone who grew up in the deep south during segregation and integration this was difficult to read. Because I know these things happened and it was a painful reminder.

However, I think we need to be reminded that some things may have changed, but not enough. These things and more are still happening you either don’t hear about them or choose to ignore what doesn’t concern you.

I would definitely recommend this book and I will read it again. Release Date: September 13, 2016.

I received this book from Netgalley ad the publisher in exchange for an honest review..

Robert Hicks has been active in the music industry in Nashville for twenty years as both a music publisher and artist manager. The driving force behind the perservation and restoration of the historic Carnton plantation in Tennessee, he stumbled upon the extraordinary role that Carrie McGavock played during and after the Battle of Franklin. He is the author of The Widow of the South and A Separate Country. 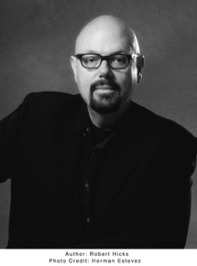