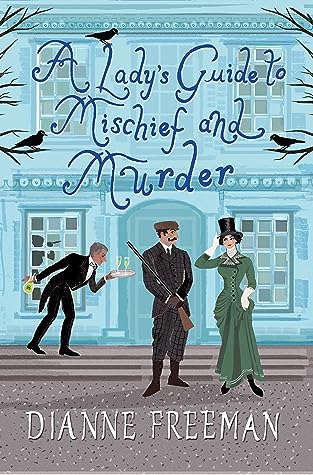 A Countess of Harleigh Mystery #3

This is one of my favorite Historical Fiction Cozy Mystery series! Frances Wynn, an American whose overbearing mother pushed her into a miserable marriage for a title in the British aristocracy, has been a widow for a while now. Living in London with her daughter and now her sister Lily who has fallen head over heels in love with Leo.

George and Frances are keeping their engagement secret until after Lily is wed. Unfortunately, Leo and Lily jumped the gun and are now in a position of having to move the wedding forward quickly.

George comes to the rescue by having everyone to his family estate in the country and the entire party is transported to Hampshire for some hunting, riding and you just know there will be drama when the parents of the couple arrive.

But drama begins almost as soon as they arrive. Deaths, accidents, and sketchy guests are all on the menu.

Frances isn’t about to be left out of the investigation, especially when her own George may be in danger.

There is a killer on the grounds and as they set a trap for the suspect they may find themselves caught in it!

I love these characters. They are funny and strong and get themselves into the most dangerous of predicaments.