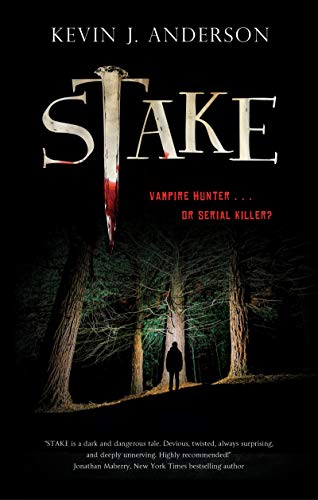 Vampire hunter or serial killer? That depends on whether vampires exist . . .

Simon Helsing (not his real name) does believe. He has proof. And one by one he is staking them out. Literally.

Since a near-death experience in Bosnia years ago, he has tried to warn people about the dreaded lampir. Not many people believe him, but he keeps on killing them. They all work at night. That seems to be his main piece of evidence. He is also a contributor to the online chatroom HideTruth.

HideTruth is the brainchild of Lexi Tarada. She wants to believe and is looking for proof of the unexplained. There are some nutjobs on there, but Simon reaches out to her with proof that vampires are real.

The police have bodies and no belief in vampires. Detective Carrow is sure Simon is a serial killer. When the Vampire King (in Simon’s mind) throws his annual gala, it seems a good time for Lexi, Carrow, and Simon to come together. But not all of them are coming out alive.

This felt rushed to me and the ending was abrupt and left me with a lot of questions.

6 responses to “STAKE by KEVIN J.ANDERSON”