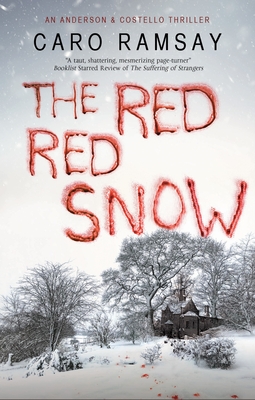 Called to investigate the bloodstained aftermath of an eventful Christmas party, detectives Anderson & Costello discover that the holiday season can be anything but merry.

The good detectives are back! Everything is crowded during the Christmas Ice Show. And when a seemingly random husband and father is stabbed in a crowded food court, there are no witnesses, no clues, and no idea who would do such a thing.

When a week later they are called out to a holiday cottage in a fairly remote glen in the highlands, they find two bodies. One inside and one outside. Whoever the killer was, there is no evidence of them. Not even a snowprint.

Anderson is glad enough to jump in as he has more problems than a man should have at home. And his partner has her own issues.

Full of superstition and family squabbles, the characters are really well done and the old tale of greed, superstitious nonsense, and stone-cold murder was very well done!