THE DARKNESS WE HIDE by DEBRA WEBB 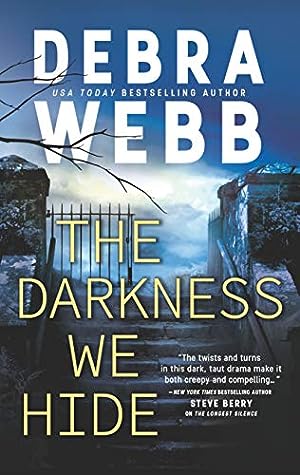 We’re back in Winchester, Tennessee with Dr. Rowan Dupont. Living in a funeral home is its own creepy story, but Rowan has faced death more outside of the morgue than inside.

Things are peaceful in town at the moment. No Julian sending her bodies or trying to kill her. But Rowan knows it won’t last. The man will not stop until she is dead along with everyone she loves. And now that she and Billy are serious she has a lot more to lose.

She has found enough family secrets for more than one lifetime. But she still doesn’t know enough. Everything she thought was true has turned out to be false. What was her mother? And why do all of these bodies have her name tattooed on them?

Just when things seem calm, a body shows up on her mother’s grave and we are in the thick of it once again. But oh my the shocking end!

I love this series and Rowan. Very Well Done!

4 responses to “THE DARKNESS WE HIDE by DEBRA WEBB”