She Has a Broken Thing Where Her Heart Should Be by J.D. Barker 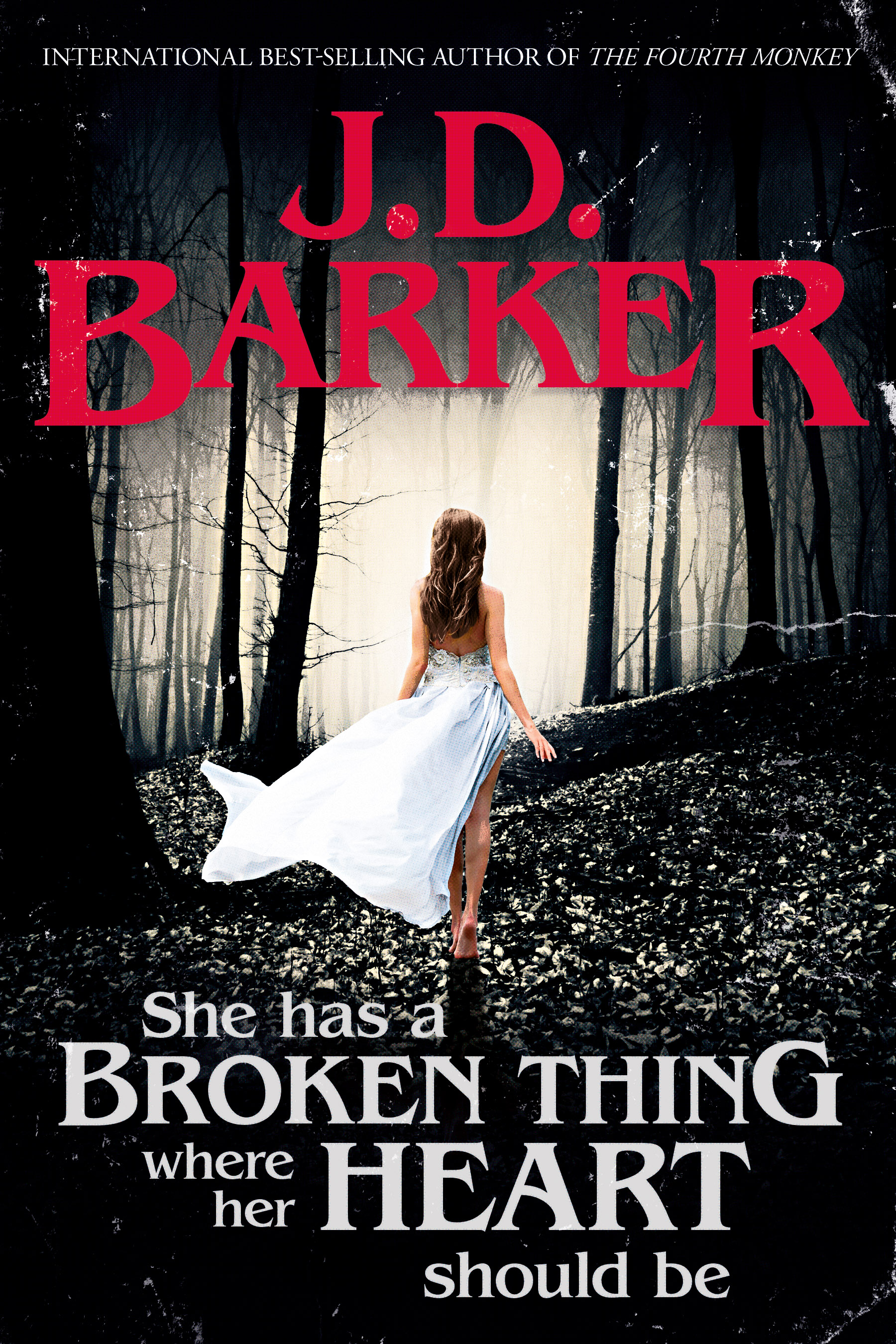 Jack Thatch lost his parents when he was just a toddler in a horrific car accident that he still has nightmares about. Or are they memories? Stella has also lost her parents. David’s parents died as well. But why? And how are they all connected? It will scare the daylights out of you!

Since then he has lived with his Aunt Jo. Every year on the anniversary of their deaths Jo and Jack go to the cemetery and spend time with his parents. Jo is adamant about this. August 8th of every year. They read out loud what the tombstones say and then Jack wanders around.

It’s on one of these walkarounds that eight-year-old Jack meets eight-year-old Stella. Sitting on a bench wearing full-length gloves like an old woman going to the opera. Her chaperone ( and let’s use that term very loosely for now) doesn’t like Jack and makes it known. But something about Stella draws Jack in. And for years they meet up on August 8th in the cemetery to chat.

Jack is obsessed with Stella. Why only once a year and on that date? Who are all of the people surrounding her in the white coats and cars?

When his Aunt Jo dies early of cancer, Jack is left a very wealthy man with his elderly neighbor lady keeping track of him for the few months he has left until he turns 18.  But Jack is still trying to figure out what really happened to his parents and he knows Jo knew.

There were so many different things going on in this long book! Conspiracy Theories, kids with scary powers that gave me chills!

This is Barker at his best! Scaring the life out of me. I could not put it down once I started reading it. There’s Suspense, Mysteries, Mob Crime, FBI, and even Pharmaceutical Crimes!

My favorite thing was at the end when Barker said he needed a break from the darkness of the Monkey books so he wrote this one. I would love to spend one day in this man’s head! Bravo!