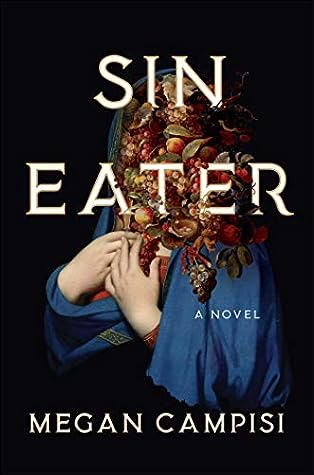 In 16th Century England, 14-year-old May Owens, an orphan, has been condemned to a life sentence for stealing bread. It could have been worse. Her punishment is to be a Sin-Eater. Apprenticed to the old Sin-Eater. She can’t speak and none should speak to her except the dying. It is she who will sit and hear all of their sins and take them into herself by eating the food that represents each sin.

She is treated brutally and marked with a collar around her neck and an S tattooed on her tongue. She has very little learning except for the letters in her name. And she can barely understand the old woman who is teaching her.

Called to the castle, they enter to hear the sins of a dying woman. A governess at court. When they return to eat the food, there is a deer heart on the coffin. But May nor the old woman heard her confess to murder. When the old woman refused to eat it, she is killed and May is left on her own.

As more women die in the castle, May thinks she may have figured out why. And along the way figured out who she really is. Now she just needs to figure out who! Before she is the next to die.

This was in no way what the blurb said. The Handmaid’s Tale meets Alice in Wonderland.  I think that is a disservice to the book. This was a dark, gritty tale full of mystery and legend with characters both tragic and humorous. May Owens may have been born to be much more than her life became, and her strength and determination was that of a warrior.

Most of the book was hauntingly sad but this was the 16th Century. The one definitely made a mark on my heart.