THE RED LOTUS by CHRIS BOHJALIAN 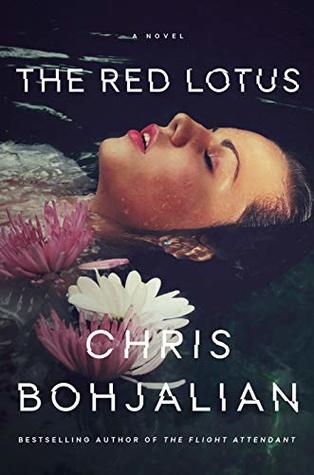 “Set amidst the adrenaline-fueled world of the emergency room, The Red Lotus is a global thriller about those who dedicate their lives to saving people, and those who peddle death to the highest bidder.”

Alexis is an ER Doctor. She’s seen plenty of strange things and people. One Saturday night she meets a man named Austin who has a bullet in his shoulder. Details are sketchy and the man waiting for him is a bit off too. Turns out some crazy guy walked into a bar and just started shooting.

About six months later they are in love, not living together but already traveling to Vietnam on a bicycle tour with his friends. Alexis is not there for cycling. She is there to support her boyfriend on this particular tour where his uncle died and his father was wounded.

Then Austin doesn’t come home. The only sign of him an energy gel pack on the road. When his body turns up, Alexis wants answers. What has Austin done? Besides lie and lie really well? For one he has left her in danger and not only her. The world.

Okay, so that’s the story. Scary premise but plausible. I just could not get into this one. I skimmed more that I read.