THE OTHER MRS. by MARY KUBICA 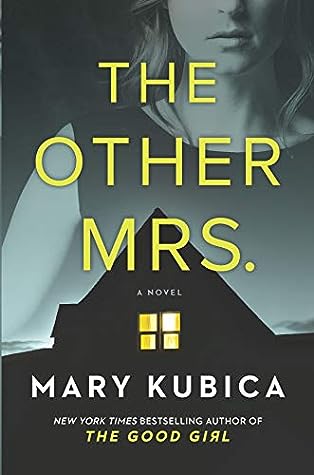 She tried to run, but she can’t escape the other Mrs.

Sadie and Will have moved from Chicago to a small town in Maine. One, they need a fresh start. Someone had an affair. Two, Will’s sister has died and he has inherited a large home and a surly teenager. Plus there was an incident with their son Otto at school.

Imogene is the one who found her mother dead and she is not happy about Will and Sadie and their two boys showing up. She is scary!

Shortly after they move in a neighbor, Morgan Baines, is killed in her home. A neighbor swears he saw Morgan and Sadie fighting, but Sadie has never met Morgan.

This is one messed up family! Every single character had some serious issues! And the twists and turns almost gave me whiplash! What??? I was on the edge of my seat the entire book!