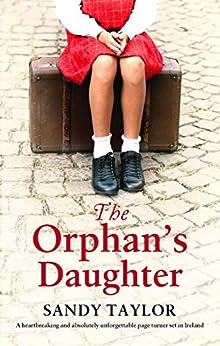 The setting is Ireland in 1924. Nora Doyle is a thirteen-year-old girl, living in a rural area where the struggle for survival is very real.

She and her family live in a small cottage that is cold and cramped. She wants to escape being poor, but she doesn’t let it stop her smile.

One day as she and her best friend, Kitty, are watching another funeral procession they notice the big house on the hill. Nora really wants to see the place where her mother worked at one time and has now forbidden Nora from ever going there but won’t say why.

When Kitty talks her into sneaking into the garden, the adventure begins. They find an opening and in they go. The garden is beautiful and they aren’t the only ones there. A boy named Edward is there. The three form a fast friendship that has Nora spending all the time she can in their secret garden. But Nora is sneaking around going against her mother’s wishes. And Edward is the key to a family secret that could change Nora’s life forever.

This one tugged on my heartstrings. The brutal hardships, the loss, and even the friendships.

Well Done! The author pulls us in and doesn’t let go. I like that.