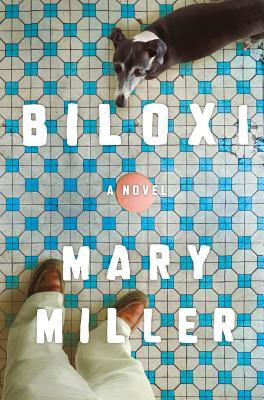 I had high hopes for this book. Having been a resident of Biloxi for many years before Katrina came and took it all.

While I enjoyed reading about places I know, I never got a good handle on Louis.

Louis McDonald, Jr. is a 63-year-old man who has had a bad time of it lately. Almost a country songs worth. His wife left, his daughter is a mother now and living her life and Louis has absolutely no ‘get up and go’. And honestly, I’m not sure he ever had any!

Expecting a large inheritance from his recently dead father, he quits his job and waits for the money to arrive. Some would call him grumpy, or eccentric. I called him whiny and lazy. 63 is not old. He drives out of his way to avoid seeing his ex and finds a sign for a free dog. On an impulse, he stops. The dog is his if he wants it and he does.

So far all we see him do is drink, watch reality television and wait for Frank to drop off his leftovers each night. But the dog gets him up and out of himself. Until the dogs real owner shows up and while she robs him blind, he keeps the dog.

Basically, if I had to say anything about his attitude toward life it would be ‘Meh’. I just could not picture the character in my mind at all. I don’t mind a grouchy main character, but this wasn’t grouchy, it was dull.

5 thoughts on “BILOXI by MARY MILLER”