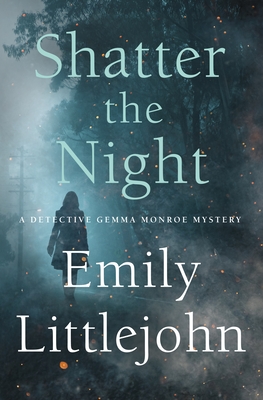 Detective Gemma Monroe is back in the fourth installment of this series. This time it’s Halloween in Cedar Valley and not everyone is giving out treats!

When Gemma stops in to say hello to a retired judge, Caleb Montgomery, in his offices, she finds him upset and tells her about threatening letters he has been receiving. Gemma is still thinking about his odd behavior when his car explodes with him in it. Who in the world would have wanted Caleb dead?

Suspects abound and just as quickly as Gemma and her team clear one, another pops on the scene. As her investigation takes her into the judge’s old cases, there is one that sticks out. Making the trek to Belle Vista Penitentiary, Gemma doesn’t know what to think about the supposed stone-cold killer and the way he takes the news of Caleb’s death.

Soon enough another body is added to the pile and a major clue. This isn’t the first murder like this. Gemma and her team have themselves what looks like a copycat killer.

And if history repeats itself, there will soon be a lot more bodies! With the new playhouse in town, the opening night would be the perfect time for the last send-off.

Will Gemma and her team uncover the killer as it uncovers a lot of secrets and corruption right here in the police department?

You’ll have to read it! And then wait for the next one.