BEYOND THE GATE by MARY SANGIOVANNI (A Kathy Ryan Novel) 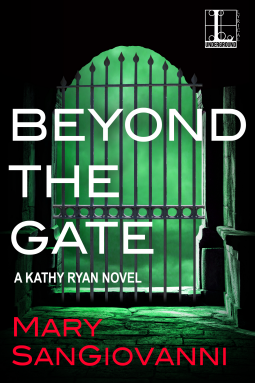 Kathy Ryan’s work as an occult investigator often leads her to the outskirts of society, law, and even reality…

This is the third book in the Kathy Ryan novels. Kathy Ryan works as an occult investigator and has seen things no one would believe. She is good at what she does and in this next story, she is hired by Paragon Corporation, a government-funded theoretical physics research facility. Someone has intentionally opened a portal to another dimension and found no beings, but some really disturbing flora!

A team of scientists goes in but doesn’t come out. A security team is Kathy and her team will do whatever they must to rescue any survivors and get out fast and close that portal.

These were some seriously sketchy researchers. They doled out information like misers. And they lied. A lot. Because contrary to what they say, this alien flora is able to pass through the portal and lead to chaos and death.

I’ve read the other books in this series. Kathy is a strong leader and her story is an excellent one!