WHAT ROSE FORGOT BY NEVADA BARR 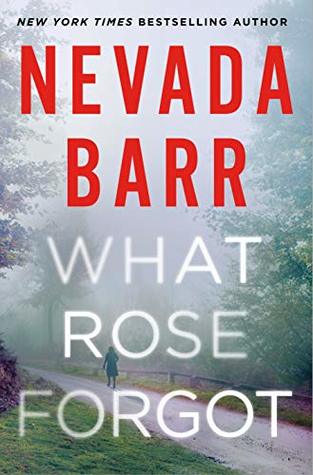 In the New York Times, bestselling author Nevada Barr’s gripping standalone, a grandmother in her sixties emerges from a mental fog to find she’s trapped in her worst nightmare

Rose Dennis has always been quirky if that is what you call a woman who takes astral journeys and paints wild paintings that sell for big money. She married Harley later in life and when he died she was all of a sudden crazy.

But it takes Rose the entire book to figure out why. She wakes up from a drug-induced fog after suffering a severe case of the flu only to find out she is in some kind of mental institution. It’s really a Memory Care Unit for people with early-onset dementia or full Alzheimers. But why is she here? Now that the drugs keeping her compliant are out of her system and she has no intention of taking any more. Especially after hearing voices in the hall outside of her room saying she won’t last out the week.

Rose is a very self-sufficient woman. It doesn’t take long for her to sneak out and disappear into the woods. Unfortunately, she is found rather quickly and returned.

This only makes her more determined to get out and find out who put her here. So she’s faking taking her meds and stockpiling them. After a daring escape, she ends up back at her house. Just as she is doubting her own sanity, a man breaks into her house trying to kill her.  Okay, so not crazy. But how is she going to prove that? And what about all of the other people left behind. Are they just drugged too?

Along with her 13-year-old granddaughter, Mel and her reclusive, cat-obsessed sister, Marion, who by the way is NOT a hacker (right) and Mel’s friend Royal they are determined to find out the truth. Is someone killing people for profit? And could Mel and Rose be next? Who is willing to kill to get their hands on Rose’s millions?

I thought this was a really good read. The characters were interesting and fun. I’ve seen some reviews talking about Rose and an elderly woman climbing a roof. First, 68 is not elderly. 88 may be elderly but the lady I box with is 68 and she can get on her roof and install new shingles!

2 responses to “WHAT ROSE FORGOT BY NEVADA BARR”