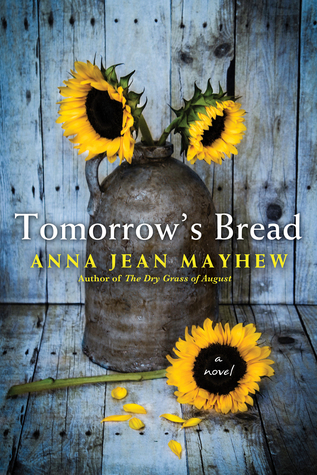 From the author of the acclaimed, The Dry Grass of August comes a richly researched yet lyrical Southern-set novel that explores the conflicts of gentrification—a moving story of loss, love, and resilience.

It’s 1961 in Charlotte, North Carolina. The neighborhood of Brooklyn is almost entirely made up of black families and businesses. While there are a lot of run down and shabby homes and storefronts, Loraylee Hawkins lives in a nice home with her grandmother, her uncle and her son, Hawk. She works a full-time job and cares for her grandmother and her son.

Loarylee works at a cafeteria and is involved with her boss. A white man. All very secret, after all this is the South in the early ’60s.

The city of Charlotte has declared Brooklyn a blight on the city and has decided to do some gentrification. Which we all know means bulldozing every house and business and putting in buildings no one can afford. This is their home. They were born here and many died here. But now even the graveyard is being removed in the name of progress.

This is a very familiar story for those of us raised in the deep south. The strength of the characters of this cast was extraordinary. This was a community that supported each other, a family that stood their ground and fought for a better life and for respect.

I am so glad I read this one and I highly recommend it!