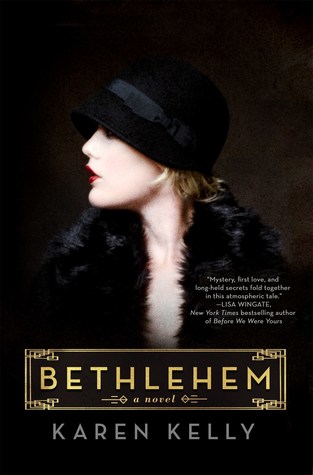 From the 1920s to the 1960s, the Collier and Parrish families have been very close. Living a life of wealth and privilege as major players in the steel industry in Bethlehem, PA.

By the time Frank and Joanna Collier and their two small children come to live on the estate, his own father has died leaving his mother and grandmother alone. While Joanna isn’t at all on board with this plan and is quite miserable about it and who wouldn’t be? No one needs 3 strong women under one roof! Every new wife and mother wants to be the queen of their domain but Joanna is feeling like an unwelcome guest and with Frank up to his ears in the business, she finds herself wandering through the nearby graveyard and not only finds a mystery but a handsome stranger.

I will own up to being a bit overwhelmed with all of the characters in this tale. There were a lot. There were also a lot of secrets. Nothing was what I thought it was. At the beginning I found myself whining about another book with a weak and whiny main character. I am so glad I stuck with it because it was nothing like that! These women were all strong. They had to be. The secrets they carried weighed heavy on them for decades.

And in the end, I cried and cried. A tale of family, pain, secrets, forgiveness, and trust. Never has the saying, “We never know what is really going on behind closed doors” been truer.

2 responses to “BETHLEHEM by KAREN KELLY”