GIRL WATCHING YOU by J.A.SCHNEIDER 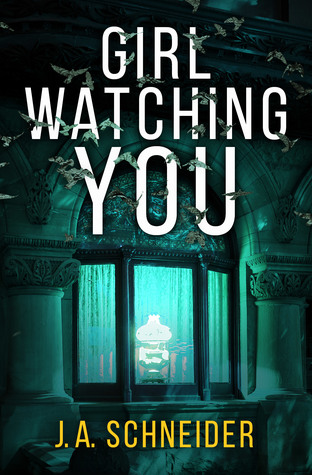 A young woman, obsessed by a man she considers a predator, climbs a fire escape and thinks she sees a murder.

Ava Beck is an actress. She’s had a successful television series playing a cop and then she was blacklisted. Now she works in a flower shop in the West Village, lives in a sketchy apartment building, and is divorcing her lawyer husband.

When Ava’s sister died in what her famous actor boyfriend called an accident, Ava knew better. She saw the abuse, she read her sister’s e-mails. The police have called it an accident and Ava is not going to let that go. She files a civil suit and seems unable to move forward.

A lot of people stop at the flower shop and one, in particular, gets Ava’s attention due to the number of women he brings by to buy flowers for. The new one is young. As Ava hands her the bouquet she sees bruises on the girl’s wrists. Believing that Mr. Peter Greer is not only a womanizer but an abuser has her seeing red. That night she climbs the fire escape to peek in the girl’s apartment and sees what she thinks is a man about to kill a woman. And then the man sees her.

The next day the girl is dead, and Ava’s world is turned upside down! Will she end up dead before she can see justice for her sister?

This was a stand-alone book from Schneider. It is full of characters who have secrets. I was questioning everyone’s motive! And I could not have been more shocked finding out who was on the other end of the gun!

One response to “GIRL WATCHING YOU by J.A.SCHNEIDER”