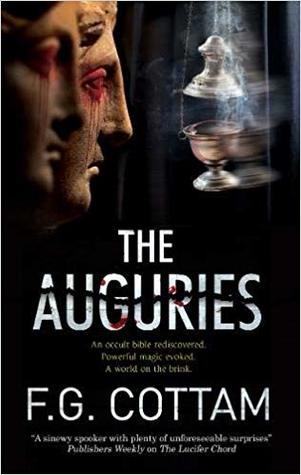 London seems to be falling. As planes fall from the sky and fog brings the plague while the city of London is underwater from flooding brought about by the dam destroyed by the plane that fell from the sky during the fog. Bodies are piling up and people are properly horrified and terrified.

As one country blames the other and events unfold that appear to be signs of the end times. But outside of London, a local priest has heard an unsettling confession from one of his altar boys. It would seem that at the last funeral not only did the incense smell off, but he knows he heard a thump coming from inside the coffin.

Julia has given an interview about the Almanac of Forbidden Wisdom. A supposed book of magic and power that was produced in the sixteenth century by the leading occultists. It has the ability to bring about the end of the world. It also has all the spells of these experts inside. But magic isn’t free. There is always a cost. And for 14-year-old Dawn, who has found the book in her great-grandfather’s attic it may be the last thing she reads. She is a scary teenager!

In a race against time Julia, Paul and the priest will risk everything to find the book and put it back where it belongs.

All of the horror and apocalyptic events were wickedly good! Dawn has absolutely no sense of right and wrong and while I may have thought once or twice about shoving my brother in the closet, I did not choose to kill him and then reanimate him.

Things were brought to a fast conclusion in this one and the ending left me hopeful there will be another!

3 responses to “THE AUGURIES by F.G.COTTAM”