Inside the Asylum by Mary SanGiovanni 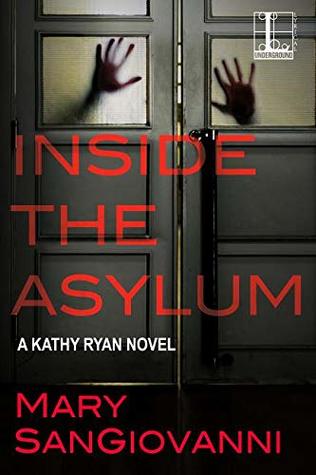 Kathy is back and this time she is sent to evaluate the strange behavior of an inmate at the Connecticut-Newlyn Hospital for the Criminally Insane. Henry, the patient/inmate believes he can open doors to another dimension. A dimension of dark and evil things called Tulpas.

Kathy knows how serious this is. Some of the people she works for would love to have the ability that Henry has. To use as a weapon. She believes that Henry has not only created these things but has unleashed them already. Henry had a lot of reasons to want to crawl into his head and let the Tulpas handle the bad stuff, but now that they have had a taste of freedom and know what they are capable of, they want to be real. In any shape or form and they are deadly.

Kathy will have to work with the only person she knows who is an occult expert. Her brother. Oh, and yes he lives next to Henry in the Insane Asylum.

This was a fast-paced, edge of your seat, bite your fingernails down to nothing thrill ride of gore! And as soon as it was over I wanted more.