PRISONER OF MIDNIGHT by BARBARA HAMBLY 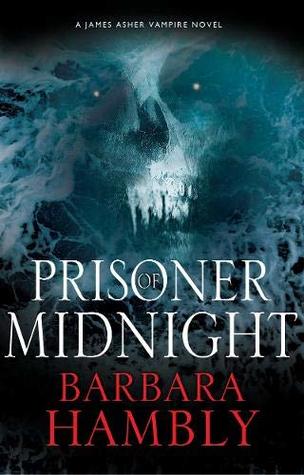 Lydia and James are back with our favorite vampire Don Simon Ysidro. While James is off being a spy at the front, Lydia is boarding a luxury liner from Paris, headed to America. All she knows is that Simon is in trouble, in pain and she must help him. Then maybe kill him. But first she must find him.

Her working theory is that someone is using him and keeping him under their thrall. That someone being an obnoxious, unscrupulous American, industrialist Spencer Cochran and his henchmen. Known for making striking workers disappear among other unsavory acts.

James is trying as hard as he can to get her information on the drug that is being used on the vampire. Even going so far as to knock on the Paris vampires door for help.

When children begin dying on the ship, time is of the essence to save not only the passengers, but also Simon.  Who she really does not want to kill, but will she?

This is one of my favorite series. Historical Fiction with Vampires. What could be better?