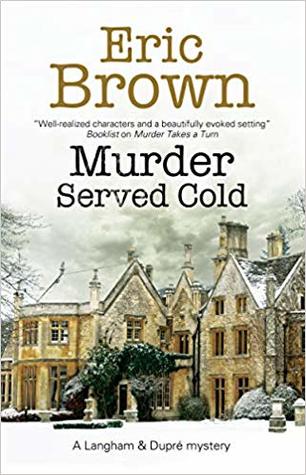 Crime writer and Private Investigator Donald Langham and wife Maria Dupre’ are back in another puzzling crime. Along with his partner Ralph Ryland.

It’s the Fall of 1956 when an old friend of Don’s literary agent, Charles, comes to them with a need for their services. It seems as though Lord Elsmere’s Gainsborough painting has been stolen off the wall of his library! Even worse, the police do not believe it was a break in which means someone living in the house must have done it. But how? It was much too large to just pop out the window with.

Not helping matters is the fact that Elsmere recently bumped up the insurance on the painting while at the same time suffering from real money issues.

When the team gets to the manor, they find an odd assortment of characters renting rooms and any of them could have done the deed.

This had multiple smaller stories inside the mystery. Every character had a secret and someone was willing to kill for theirs. But who?

This series just keeps getting better. The characters are so quirky and imperfect you can’t help but fall in love with them all!