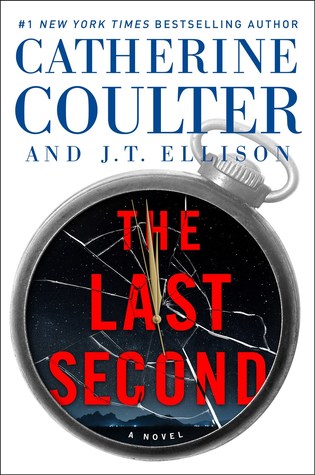 From New York Times bestselling authors Catherine Coulter and J.T. Ellison comes a riveting thriller pitting special agents Nicholas Drummond and Michaela Caine against a private French space agency that has the power to end the world as we know it.

Former NASA astronaut, Dr. Nevaeh Patel, was grounded when on a spacewalk off the ISS, her tether snapped and she made contact with the Numen, an alien race that wants her to tell the earth about them. So she does and is grounded for good with a psychiatric report that will keep her grounded. Angry, and frustrated, she finds Galactus, a private space agency owned by the uber rich Jean-Pierre Broussard.

Patel finds that he is also seeking a treasure, the Holy Grail and instantly understands the Numen want her to possess it and quiet the heavens so that they may come to her and teach the world peace and be immortal. But one must be worthy of the stone. An important catch.

While Broussard is off retrieving the Holy Grail, or Heavens Stone, Patel launches a communications satellite. Only this satellite is carrying a nuclear triggered EMP which when triggered will take out all of the satellites and leave the world in chaos.

When Agents Caine and Drummond are brought in they are in a big time crunch. One that may see them be too late to stop the world descending into chaos.

This Brit in the FBI series is one of my favorites. These two put you on the edge of your seat from the beginning and it’s a fast and thrilling ride to the end. I personally lost two fingernails to this book!

Coulter and Ellison can take an idea that is definitely possible and create something that will scare you for many nights to come. That is what I love. This could happen and what if it did? Well I hope that Drummond and Caine and all their cohorts are here for us too!

4 thoughts on “The Last Second (A Brit in the FBI #6) By Catherine Coulter and J.T.Ellison”