THE LIAR’S CHILD by CARLA BUCKLEY 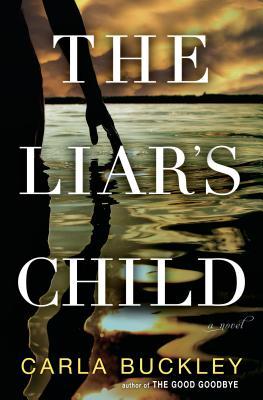 Set on the Outer Banks of North Carolina, Paradise Apartments isn’t exactly the Ritz. It’s old and tired and falling down and just sad. Much like the people who call it home.

The most notorious residents are the Nelsons. Mrs. Nelson has issues. Serious mental issues and when she leaves her small son alone in a hot car all day, everyone is looking at her oddly. Most of all her 12-year-old, Cassie. Cassie knows what happened that day and has become sullen, rebellious, a thief and a liar.

When Mrs. Nelson disappears no one is surprised. And I was quite sure the husband had quietly killed her and disposed of her body.

Meanwhile next door Sara Lennox has moved in. It’s supposed to be a safe house for her to stay alive until her testimony that will put her boss in prison. She hates it. She hates the people next door. She is plotting her escape every day. And just when it seems she has everything set to flee, a hurricane comes barreling in over the islands. Ready to leave she sees the children from next door. She grabs them and runs to safety.

She’s no saint. No one is looking for a woman with 2 children. But then new information comes to light and she knows she can’t abandon them.

There were stories within stories here. Hank was in the first and then we don’t see him until the end. It was difficult to see why he was there at all.

Everyone in this tale had serious flaws! Not a one of them was likeable except the little boy Boon. It wasn’t my favorite by this author.

4 responses to “THE LIAR’S CHILD by CARLA BUCKLEY”