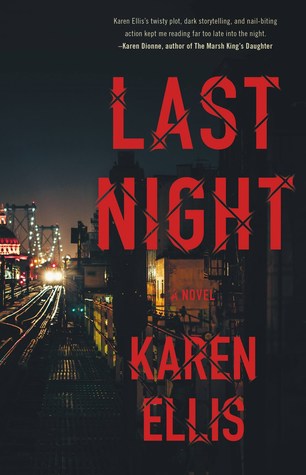 NYPD detective Lex Cole tracks a missing Brooklyn teen whose bright future is endangered by the ghosts of his unknown father’s past, in this highly anticipated sequel to A Map of the Dark.

In this second book in the Searchers series, Lex takes the lead with Elsa consulting. Lex is having problems with Adam and isn’t sure if they are even a couple anymore. But work is work and this is a case that just keeps getting more tangled up.

Titus “Crisp” Crespo is a mixed race kid from Brighton Beach. Raised by his mother and grandparents, Crisp is a smart guy a day away from graduating as Valedictorian when he is arrested on a charge of riding a bike on the sidewalk, so instead of going home, he gets tossed in jail for a night. From the roof he can see into the patio of a high-rise and a girl sitting smoking a joint and getting some sun. They both realize they met last summer and when Crisp is released he goes to meet Glynnie to explain why he was up there.

Crisp is a straight arrow. He doesn’t get into trouble. He’s going to Princeton.

Glynnie is the opposite of Crisp. Rich. Doesn’t care about school or college. And she is white.

When she begs him to come with her to visit her weed dealer, he impulsively agrees and that one bad decision leads them on a road that neither of them wanted to be on.

Now stuck in the projects with an arms dealer and a dead body they may not have to worry about college or anything else.

I felt so sorry for Lex in this one. Not just because he battles his own demons while battling real life bad guys, but because of the kids. Not one of them is telling the whole truth about that day. Now he has to think like a teenager. Which means don’t think.

I liked these characters and this series feels as if it is going in the right direction! A good one!