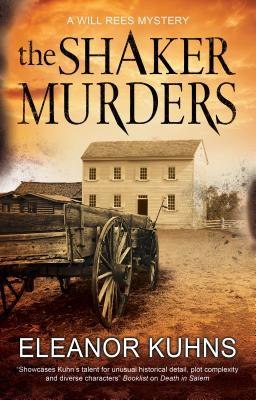 A peaceful Shaker community is rocked by a series of bizarre accidents, but is there more to them than first appears?

After a long battle proving his innocence of murder, Will is running. With Lydia, very pregnant, and  their other 6 adopted children. Lydia is still being accused of witchcraft and Will is haunted by nightmares of what they went through before.

In hopes of keeping his family safe, they flee to Zion, a Shaker community they have been a part of before. But when people begin to die and disappear, maybe Zion isn’t the answer after all. They are all acting very secretive and don’t want anyone outside of the community involved, but Will has no intention of letting the killings go. He needs his family safe and now that they are ready to claim Lydia’s farm, it seems the leader of the community isn’t going to allow that to happen.

So many sketchy characters in here. I hope Will and Lydia get settled and have some peace for a bit in the next one!