THE SAVAGE SHORE by DAVID HEWSON 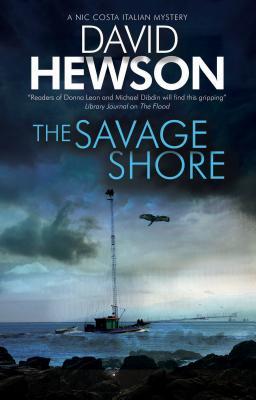 Detective Nic Costa finds himself a stranger in a strange land when he’s sent to infiltrate the mob in a remote part of southern Italy.

Nic Costa is one of my favorite detectives. Now he has been sent undercover to the Calabrian coast to pose as a long-lost family member of the ‘Ndrangheta, or the Mob. One of the biggest leaders wants to retire. He wants to flip and give them an even bigger fish, The Butcher of Palermo.

While his team impatiently waits Nic jumps in and becomes a mobster. The team is suspicious of the entire operation and each other. Some things just aren’t adding up and when the time comes to carry out their plan will they be walking into an ambush?

The descriptions of the country are so detailed and beautiful I wanted to go there myself. And even though you think you know what’s going on, in the end you don’t.

I can’t wait for the next Nic Costa book. So happy to have read this one that kept me captivated. It was like the Mafia meets the Illuminati!