THE WINTER SOLDIER by DANIEL MASON 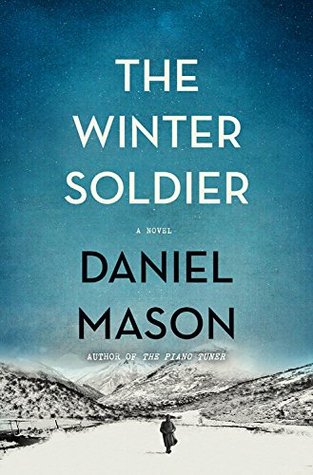 It is 1914 in Vienna, Austria. Talk of war surrounds the privileged as well as the poor. Lucius is still in medical school, and wants nothing more than to be a doctor, even if it means joining the army and automatically becoming one. Up to this point he has only cut on pigs and has had almost no hands on experience.

Sent to the remoteness of the Carpathian Mountains, where he should find a well stocked medical unit,he finds a church turned into a hospital being run by nuns. One nun in particular. Sister Margarete has had more experience than any doctor and proceeds to teach Lucius the ropes.

The conditions are grim and yet he finds himself drawn to the nun and yet still wondering about her past and her honesty.

This wasn’t so much about the War. This was about the people impacted by that war. And the choices the people make when their backs are against the wall.

I wasn’t that interested in the beginning of the book or at the end. Not that it wasn’t written well, I just felt it dragged a bit.

5 responses to “THE WINTER SOLDIER by DANIEL MASON”