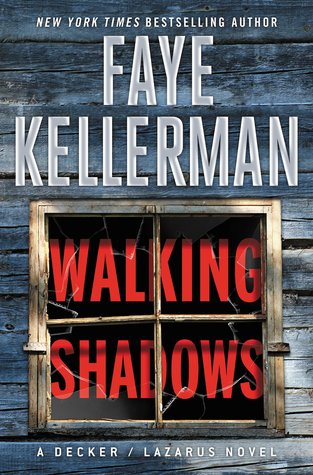 Detective Peter Decker and his wife, Rina Lazarus, risk life and limb to solve a pair of brutal murders that may be tied to a crime from more than twenty years ago in this intense and addictive mystery from New York Times bestselling author Faye Kellerman.

Peter Decker thought living in the small town of Greenbury, New York would be so much quieter than being with the LAPD. But when the body of Brady Neil, 26, is discovered beaten and his body dumped in the woods it’s going to take everyone in two jurisdictions to figure this one out.

Brady’s father is in prison for robbing a jewelry store and murdering the two owners. Along with his partner, Kyle. While they admit to the robbery they are adamant the owners were alive when they left. With his temporary partner, Lennie Baccus, daughter of the Hamilton police chief who handled the original murders, Decker starts asking a lot of questions.

And his first one is Where is Brady’s best friend Boxer? Heading out to find him, they instead find a blood bath inside the house and Boxer’s mother, confined to a wheelchair, tied up and close to death herself.

With Rina researching the past and present list of characters and Tyler and Kevin digging into what really happened to the Levines long ago and how all of these people fit together, this was like a Rubik’s Cube!

Is there corruption in the Hamilton police force? The more they dig, the twistier it gets.

Big fan of Decker and Lazarus and this was a good one!

One response to “Walking Shadows by Faye Kellerman”