THE SANDMAN by LARS KEPLER 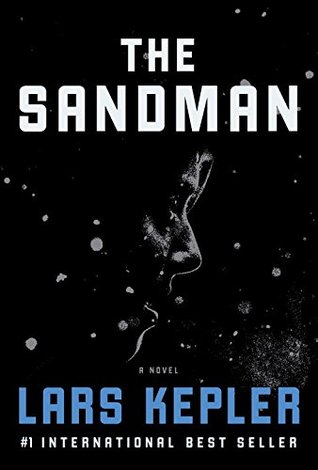 The #1 internationally best-selling thriller from the author of The Hypnotist tells the chilling story of a manipulative serial killer and the two brilliant police agents who must try to beat him at his own game.

Late one night, outside Stockholm, Mikael Kohler-Frost is found wandering. Thirteen years earlier, he went missing along with his younger sister. They were long thought to have been victims of Sweden’s most notorious serial killer, Jurek Walter, now serving a life sentence in a maximum security psychiatric hospital. Now Mikael tells the police that his sister is still alive and being held by someone he knows only as the Sandman. Years ago, Detective Inspector Joona Linna made an excruciating personal sacrifice to ensure Jurek’s capture. He is keenly aware of what this killer is capable of, and now he is certain that Jurek has an accomplice. He knows that any chance of rescuing Mikael’s sister depends on getting Jurek to talk, and that the only agent capable of this is Inspector Saga Bauer, a twenty-seven-year-old prodigy. She will have to go under deep cover in the psychiatric ward where Jurek is imprisoned, and she will have to find a way to get to the psychopath before it’s too late–and before he gets inside her head.

The fourth in a series, this one is also perfect as a stand alone read. I have been reading more and more Scandi Noir and this one does not disappoint.

It is terrifying. Disturbing. Dark and intense and I loved every horrible minute of it. The pace is fast with very short chapters. The characters are well written and the plot is scary as heck!

The portions in the asylum were gruesome and straight up terrifying. One of the best bad guys ever. Seriously sick. But I personally enjoy that and will be going back and reading the others in the series.

I belong to a crime writers group and had asked for recommendations in the Nordic Noir genre and this was one of the authors that kept coming up. So thanks y’all!

Available for sale or at your library!

3 responses to “THE SANDMAN by LARS KEPLER”