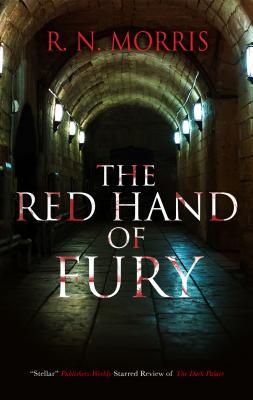 June, 1914. A young man is mauled to death by a polar bear at London Zoo. Shortly afterwards, another young man leaps to his death from a notorious Suicide Bridge. Two seemingly unconnected deaths – and yet there are similarities.

Following a third attempted suicide, DI Silas Quinn knows he must uncover the link between the three men if he is to discover what caused them to take their own lives. The one tangible piece of evidence is a card found in each of the victims’ possession, depicting a crudely drawn red hand. What does it signify? To find the answers, Quinn must revisit his own dark past. But can he keep his sanity in the process?

This was the first of the Silas Quinn books that I have read. Quinn is a complex man. I wasn’t sure if he was really crazy or just pretending.

The absolute last place I would want to be is this Colney House Mental Asylum. Where the not so well in the head wear corduroy suits and have their heads shaved. The doctors and staff were scarier than any of the patients.

This was one nail-biting story. The pace was excellent as the story unfolded at exactly the right time. The characters were well done and complex. There was always some undercurrent to all of their motivations. I would definitely read more of the series.

3 thoughts on “The Red Hand of Fury by R.N.Morris”