SOMETIMES I LIE BY ALICE FEENEY 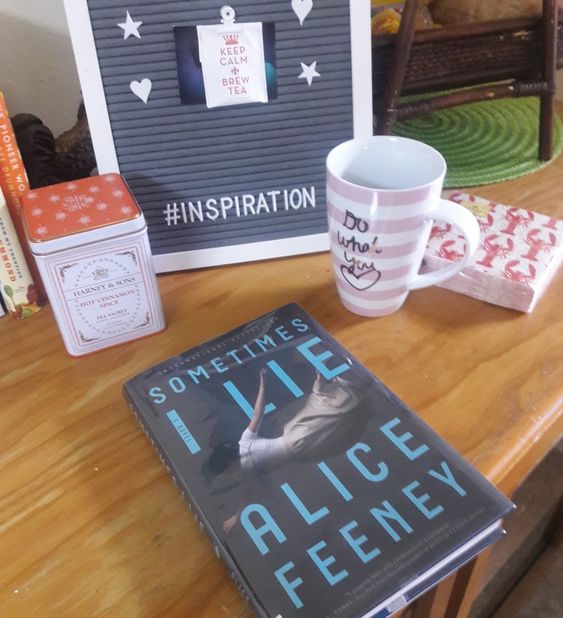 My name is Amber Reynolds. There are three things you should know about me:
1. I’m in a coma.
2. My husband doesn’t love me anymore.
3. Sometimes I lie.

Amber wakes up in a hospital. She can’t move. She can’t speak. She can’t open her eyes. She can hear everyone around her, but they have no idea. Amber doesn’t remember what happened, but she has a suspicion her husband had something to do with it. Alternating between her paralyzed present, the week before her accident, and a series of childhood diaries from twenty years ago, this brilliant psychological thriller asks: Is something really a lie if you believe it’s the truth?

Amber may not be able to communicate with live people while she lays in a coma, but she is taking in everything that is said and done to her. Her mind is fuzzy and she isn’t quite sure she’s not dead, but she knows she is in danger, she just can’t remember from what or from who.

Most of the story takes place with Amber in a hospital bed over the course of about a week. She didn’t have the best childhood and she relived a lot of that in her dream state but nothing prepares us for the truth. For the absolute horror she has been through.

We only know the characters through her version of them and we already heard her say she lies so we really don’t know what is true and what isn’t. But that ending!

A really good psychological thriller that in the end I wasn’t sure it will actually be the end.

10 responses to “SOMETIMES I LIE BY ALICE FEENEY”