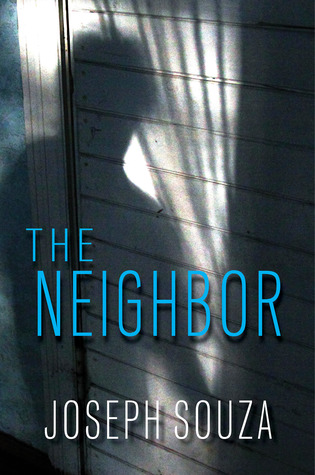 In a taut psychological thriller filled with breathtaking twists, Joseph Souza explores the tangle of betrayal and deception between two neighboring couples, and asks how well we can really know others–or ourselves.

It all seems so promising at the start . . .

When Leah and her husband, Clay, move from Seattle to Maine, she envisions a vibrant new neighborhood packed with families–playmates for her twins, new friends she can confide in and bond with. But while Clay works long hours to establish his brewery, Leah is left alone each day in a nearly deserted housing development where the only other occupants are aloof and standoffish.

Bored and adrift, Leah finds herself watching Clarissa and Russell Gaines next door, envying their stylishly decorated home and their university careers. But Leah’s obsession with the intriguing, elegant Clarissa grows until she’s not just spying from afar but sneaking into their house, taking small objects . . . reading Clarissa’s diary. It contains clues to a hidden turmoil Leah never guessed at–and a connection to a local college girl who’s disappeared.

The more Leah learns about Clarissa, the more questions emerge. Because behind every neighbor’s door there are secrets that could shatter lives forever . .

This is the book blurb above.

Right from the start you just felt there was something odd and just plain wrong about every one of these characters.

Moving from Seattle to Maine is a huge culture shock but Clay has a dream of making beer and owning his own pub. And the market in Seattle is saturated and housing costs are outrageous, so it’s off to Maine.

While he gets the business going, Leah and the kids finish up in Seattle and come to join him. They find what seems to be a great deal on a new house, one of only two completed in a new subdivision. But like they say, if it seems too good to be true, it probably is.

As Clay spends all his time drinking the beer he makes and Leah seems to be seriously disturbed, going into their neighbor’s house and snooping on them.

This was one twisted psychological thriller! And in the end, you are left asking yourself What in the heck just happened?  There was not one redeeming character here even one of the kids is a psycho. And I enjoyed every twisted minute of it.

13 thoughts on “THE NEIGHBOR by Joseph Souza”