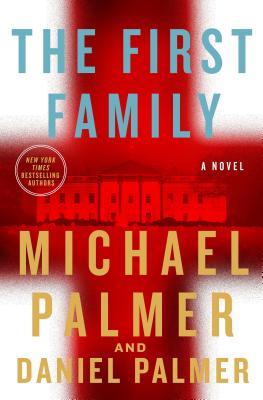 A riveting new medical thriller from the critically acclaimed novelists.

Cam Hilliard is, in addition to being the President’s sixteen-year-old son, a chess prodigy. A year into President Hilliard’s second term Cam inexplicably stops playing the game he loved and becomes withdrawn. The First Lady is convinced that the senior White House physician is wrong in diagnosing Cam’s issue as a psychological one, and she demands that Dr. Lee Blackwood be brought on to provide a second opinion. Lee’s opinion is dismissed, until Cam’s spleen ruptures and it becomes obvious that something is horribly wrong.

Lee informs the President and First Lady that to make a diagnosis they need to find other people with the same symptoms to conduct additional testing. From there, it’s possible to identify the gene defects and correlate those to the missing enzymes. Only then can a diagnosis be made and treatment begun. For now, they must face the harsh reality that Cam’s genes are producing a mutation that appears to be entirely new to science.

As Lee delves into this medical mystery, he comes to believe Cam is not the first case of this presentation of an inborn error of metabolism. But when two young people Lee has found, each with exceptional gifts, are murdered, Cam’s condition suddenly takes on a terrifyingly new dimension. Is someone out to murder the President’s son? If so, why? As Lee searches for answers he will uncover unimaginable secrets and dark betrayals that breach the highest levels of security.

Oh my what a thrill ride this was. The writing of this father/son duo is so easy to read. There were no good places to pause on this one. If you blinked you missed some important clue.

Things start to go wrong with Cam and no one can figure out why. The White House physician is suggesting therapy but this guy is shady at best and I did not have a good feeling about him.

Karen, the ex-wife of Lee Blackwood is head of security for the first family and when things just don’t feel right, she suggests an outside consult with Lee. Lee is convinced there is something medically wrong here, but gets a lot of push back from the doctor as well as from the president. The doctor and the president have long been friends and their sons are as well.

To be perfectly honest, about 13% in I smugly thought I had figured out who was the bad guy and who was the good guy. Let me just say I was so wrong.

I could not read this fast enough. Because it is possible. And that is what has you questioning a lot of things right here in the real world.

Great job to the Palmers! Can’t wait to see what’s next!