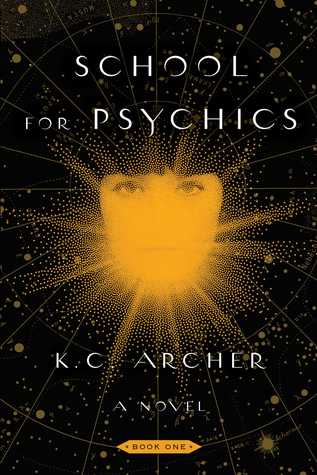 An entrancing new series starring a funny, impulsive, and sometimes self-congratulatory young woman who discovers she has psychic abilities—and then must decide whether she will use her skills for good or…not.

When a series of bad decisions leads Teddy to a run-in with the police, a mysterious stranger intervenes. He invites her to apply to the School for Psychics, a facility hidden off the coast of San Francisco where students are trained like Delta Force operatives: it’s competitive, cutthroat, and highly secretive. They’ll learn telepathy, telekinesis, investigative skills, and SWAT tactics. And if students survive their training, they go on to serve at the highest levels of government, using their skills to protect America, and the world.

In class, Teddy befriends Lucas, a rebel without a cause who can start and manipulate fire; Jillian, a hipster who can mediate communication between animals and humans; and Molly, a hacker who can apprehend the emotional state of another individual. But just as Teddy feels like she’s found where she might belong, strange things begin to happen: break-ins, missing students, and more. It leads Teddy to accept a dangerous mission that will ultimately cause her to question everything—her teachers, her friends, her family, and even herself.

While a lot of readers are calling this a fantasy YA book, I’m not sure that is the correct genre for this book.

Most of the characters are twenty-somethings and all have some type of special ability. Being a huge fan of the X Men, it felt a lot like that. A special school full of young adults learning to control their gifts and learn to use them in a productive way. In other words, working for the government.

There have been rumors for years that the government has experimented with using telekinetic powers and more to their advantage. While this can be a positive thing, you just know that some nut job is going to abuse the power.

Teddy is sarcastic and definitely her own person. Adopted, she has never known who or what she really is. It’s only through dreams that she receives messages and hints of them.The question is what happened to them and why is there so much secrecy?

I personally enjoyed the story and am glad to see that there will be more.

5 thoughts on “SCHOOL FOR PSYCHICS by K.C.ARCHER”