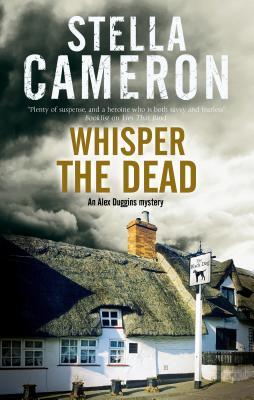 This is the 5th book in this series.

When Alex Duggins comes across a terrifying scene at the site of a new housing development, once again she is drawn into a case of brutal murder.

A new year arrives and winter holds Britain’s Cotswold Hills in its icy grip once more. But it’s the construction of a new housing development that’s causing the residents of Folly-on-Weir most concern. As she passes the site late one afternoon, pub owner Alex Duggins is confronted by the terrifying scene of a construction trailer on fire and a man desperately trying to break the door down.

Alex and her mother Lily have a close relationship, but there have always been things her mother just won’t talk about. While she knows a little of the past, her mother and the people who knew her when Alex was a baby aren’t talking about it either.

After all the chatter around the pub about the new development, Alex takes a drive to see for herself. After almost getting run off the road on the way, she is definitely not expecting to find a fire and someone injured!

From there the oddest characters seem to be coming out of the woodwork! Everyone is acting odd and Alex is determined to find out why and who is frightening her mother?

I really enjoy Brit Lit. And I like this series. And there is a shocker of an ending! Eagerly awaiting the next one!