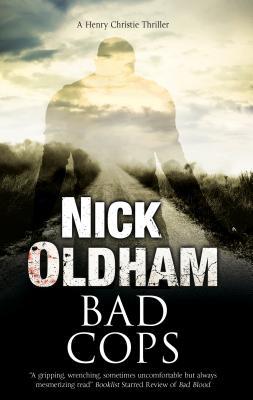 This is number 25 in this series.

Two murders, apparently unconnected: one victim shot to death in his office, the other brutally stabbed in what appears to have been a road rage incident … neither case solved.

Six months later, following a desperate plea from a chief constable, Detective Superintendent Henry Christie finds himself travelling across the country to carry out an urgent review of the two killings. His investigations will plunge him into a terrifying world of murder and corruption and find him pitted against a well-organized group who seem to anticipate his every move.

This is the 25th book in this series by Nick Oldham.

With Henry still recuperating from a gunshot to the shoulder in his last adventure, he’s not sure he is up to the job being dumped in his lap. Against his girlfriends wishes and his own groaning shoulder, he accepts anyway.

This time he is up against more than just random murders. This is not being able to trust anyone in the department while he investigates not only the murders, but the cops themselves, who see him as something they need to get rid of before their entire sordid plans and corruption are found out. Will he even make it out of the police station?

Nick Oldham is a solid crime thriller author. The plots are always good, the characters are interesting. I can’t wait to see what’s next for Henry!