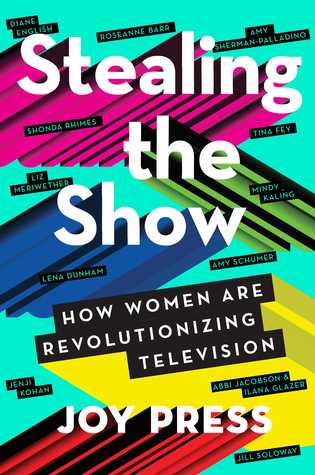 From a leading cultural journalist, a definitive look at the rise of the female showrunner—and a new golden era of television.

But things weren’t always this rosy. It took decades of determination in the face of preconceived ideas and outright prejudice to reach this new era. In this endlessly informative and wildly entertaining book, veteran journalist Joy Press tells the story of the maverick women who broke through the barricades, starting with Roseanne Barr (Roseanne) and Diane English (Murphy Brown), whose iconic shows redefined America’s idea of “family values” and incited controversy that reached as far as the White House.

Barr and English inspired the next generation of female TV writers and producers to carve out the creative space and executive power needed to present radically new representations of women on the small screen. Showrunners like Amy Sherman Palladino (Gilmore Girls), Jenji Kohan (Weeds, Orange Is the New Black), and Jill Soloway (Transparent) created characters and storylines that changed how women are seen and how they see themselves, in the process transforming the culture.

This book looks at how these women fought to get where they are and to be treated as equals with the men who are primarily running television/film.

While I thought the book started out strong and ended strong, the middle was little more than telling us about the series episodes and what they meant.

While I enjoyed reading about the women, I felt like this book was more about the shows themselves. Much of this information everyone knows, so it wasn’t shocking or even surprising.

If you are a fan of one of these shows, you will probably find it interesting.  I did not.