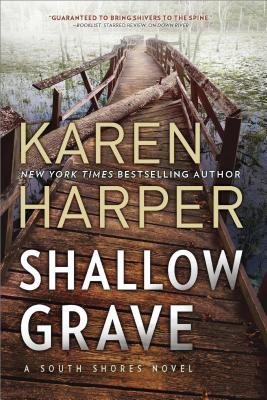 It’s been four months since forensic psychologist Claire Britten last crossed paths with danger. Finally feeling she can catch her breath, together with her partner, criminal lawyer Nick Markwood, Claire has settled into a new role, volunteering with a support group for children stressed by domestic violence. But a leisurely field trip to a wildlife sanctuary turns deadly, leaving Claire to question whether the death was an accident, suicide—or something far more sinister.

Nick gets the South Shores team on the case, hunting down anyone with a potential grudge against the sanctuary. But their investigation turns wild when other attacks come too close to home. With a hostile predator on the loose, Nick and Claire will have to race to unbury the truth before a killer wipes them from the endangered-species list for good.

Nick and Claire are in their new home with Claire’s daughter,Lexie and hoping they will finally get in to a somewhat normal routine. With Claire pregnant with their first child, Nick would love nothing better than for her to just stay home.

Along with her sister, Claire forms a group for kids of domestic or traumatic violence. On their outing to the BAA zoo, run by Claire’s ex-husband’s girlfriend. But when a man dies, killed by one of the animals, it’s beginning to look as if Claire and Nick are once again in danger.

With suspicious characters on all sides and dead animals in the pool, this won’t be an easy one for them to figure out!

What a good series and a good book! The characters were all very well-developed and the story line is fast paced. I would love to read another one!