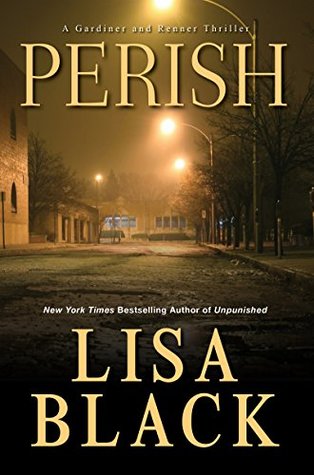 Bestselling author Lisa Black takes readers on a nail-biting journey to the dark side of justice as forensic expert Maggie Gardner discovers troubling new details about her colleague Jack Renner, a homicide detective with a brutal approach to law and order . . .

The scene of the crime is lavish but gruesome. In a luxurious mansion on the outskirts of Cleveland, a woman’s body lies gutted in a pool of blood on the marble floor. The victim is Joanna Moorehouse, founder of Sterling Financial. The killer could be any one of her associates.

Maggie knows that to crack the case, she and Jack will have to infiltrate the cutthroat world of high-stakes finance. But the offices of Sterling Financial seethe with potential suspects, every employee hellbent on making a killing. When another officer uncovers disturbing evidence in a series of unrelated murders, the investigation takes a surprising detour.

Only Maggie recognizes the blood-soaked handiwork of a killer who has committed the most heinous of crimes—and will continue killing until he is stopped. Burdened with unbearable secrets, Maggie must make an agonizing choice, while her conscience keeps telling her: she’s next.

Jack and Maggie have settled in to a somewhat shaky truce. He may have a rather unorthodox hobby, but he does work well with Maggie and his partner. I like to think of them as CSI meets Dexter.

There were suspects coming out of the woodwork here and all had different reasons for wanting to get rid of the boss. There were so many unlikable characters in this book that I was actually cheering for the serial killer cop!

The story revolves around Sterling, and we get more than a few lessons on finances and shady mortgage lenders and what is legal is not always ethical, and as much as I love a good Lisa Black novel, about half of that could be taken out. It detracted from the story and I found myself skimming over it and I don’t like to do that.

The motive and the killer were both a shocker in the end and we can only hope there will be another Jack and Maggie book!