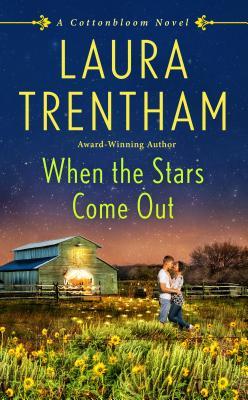 Willa Brown never planned to stay in Cottonbloom. She was on the way to somewhere else when she landed there and found work at the Abbot brothers’ garage. . .and a sense of comfort and safety that she had never known. The same holds true for Jackson Abbott himself. With one glance in her direction, he can make Willa’s heart melt. But what begins as an unrequited crush turns into something far more powerful than Willa could have ever imagined. . .

Jackson’s most meaningful relationship has always been with his car—and he’s not afraid to admit it. Still, he can’t help but become emotionally entangled with his new star mechanic Willa, who is definitely hiding some dark secrets of her own beneath the hood. Jackson desperately wants Willa to trust him, and to seek protection in his arms. But even as the two slowly surrender to their shared attraction, the danger lurking in Willa’s past remains a stubborn obstacle. Can she open up enough to give them both a chance at having real and lasting love?

This is the fifth book in the Cottonbloom series. Willa is still carrying the world on her shoulders. Afraid to let anyone into her life or heart. “She doesn’t deserve good things” her head tells her, but with Jackson, she may just have met her stubborn match!

They’ve worked together in the garage for a couple of years now and while Willa is carrying around a massive Jackson crush, it’s not until Jackson sees her out of her coveralls and hat covering every inch of her, that he realizes she’s a girl! And a hot girl at that.

This is such a lovely series of stories. Where we learn that secrets are heavy, and probably not true, and sharing them not only lessens the load, it may just lead to love!

3 thoughts on “When the Stars Come Out by Laura Trentham”