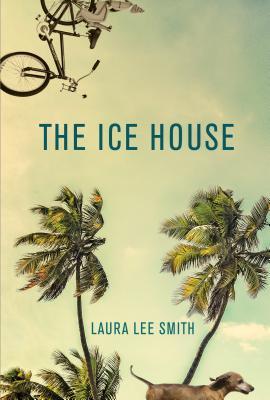 From a writer who’s been praised for her “intelligence, heart, wit” (Richard Russo, Pulitzer Prize-winning author of Empire Falls), The Ice House follows the beleaguered MacKinnons as they weather the possible loss of the family business, a serious medical diagnosis, and the slings and arrows of familial discord.

Johnny MacKinnon might be on the verge of losing it all. The ice factory he married into, which he’s run for decades, is facing devastating OSHA fines following a mysterious accident and may have to close. The only hope for Johnny’s livelihood is that someone in the community saw something, but no one seems to be coming forward. He hasn’t spoken to his son Corran back in Scotland since Corran’s heroin addiction finally drove Johnny to the breaking point. And now, after a collapse on the factory floor, it appears Johnny may have a brain tumor. Johnny’s been ordered to take it easy, but in some ways, he thinks, what’s left to lose? This may be his last chance to bridge the gap with Corran–and to have any sort of relationship with the baby granddaughter he’s never met.

Witty and heartbreaking by turns, The Ice House is a vibrant portrait of multifaceted, exquisitely human characters that readers will not soon forget. It firmly establishes Laura Lee Smith as a gifted voice in American fiction

I have to admit there were a few times I put this one down. Although the story was a good one. With themes of family, forgiveness, second chances and more, the characters were real and flawed. To be honest the only one I cared about was Chemal.

There was a point in the story where all of the bad blood between father and son could have been mended with apologies, but Pauline never mentions it. No one was really talking to anyone on a deep level. And I can’t count how many words were a mile long and left one looking for a thesaurus!

For me these characters and the story were rather surface deep. But I will definitely try another of the authors works.