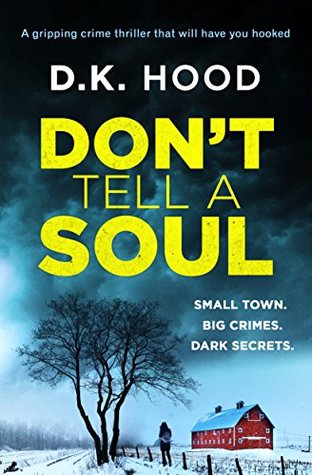 Small town. Big crimes. Dark secrets.
A wave of panic rushed over her as her heart pounded hard enough to break her ribs. ‘Not a soul knows where I am,’ she thought as she took in the darkness around her.

Sheriff Jenna Alton and her deputy David Kane arrive in the town of Black Rock Falls, each hoping to escape their past for a new beginning. But instead, they find a town living in terror, and a killer on the loose…

Samantha Woodward was last seen driving towards Black Rock Falls to buy a house for her family. They haven’t heard from her since, and they fear for her life.

John Helms headed to town to watch a big game, but nobody knows if he made it or not. He was never seen again.

When a body is found, and Jenna’s life is threatened, she and her deputy become caught in a race against time to find a brutal killer, and to unlock the secret that lies at the dark heart of the town before it is too late…

This was a fast paced thriller with a tight timeline. Small towns harboring horrific secrets. And some grisly murders.

I had some issues with the main characters. When we first meet Sheriff Jenna Alton, someone has slammed into her cruiser and left her spinning in the snow. When a face shows up at the window she isn’t aware the man coming to her rescue is her new Deputy Sheriff Kane.

She is strong, former FBI undercover, a woman who has been given a new identity and plopped down in a tiny Montana town after her partner was killed by the drug kingpin she testified against. She is a strong, capable officer and woman.

It seemed like when she met Kane, she turned into a simpering female who was now leaving her alarms off, her curtains open and not carrying her phone. Helpless. Until he rushes in to rescue her from certain death.

I was all prepared for a crime thriller with a strong female lead and that’s not what I got.