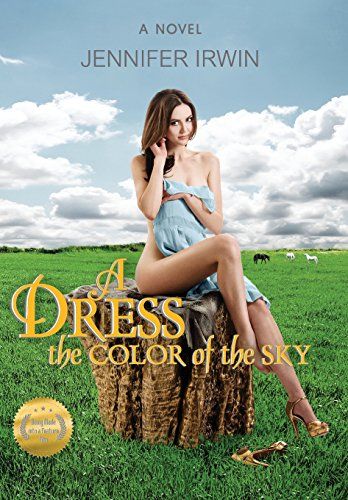 For too many years, Prudence Aldrich has been numbing the pain in her life with random sexual encounters. Her marriage to cold, self-centered Nick is, not surprisingly, on the rocks. But after several dangerous experiences with strangers, Prudence finally realizes she needs therapy to stop her self-destructive behavior, and so she checks into the Serenity Hills rehab center.

Prudence blames herself for her irresponsible behavior and is filled with self-loathing. She’s convinced she is completely at fault for Nick’s manipulative attitude and believes with therapy, she can return their relationship to its idyllic beginnings. However, her therapist and the other members of her rehab group see the person behind the pain. As Prudence learns more about herself and the reasons for her behavior, including startling revelations about her childhood, she begins to understand the basis for her lack of sexual self-respect. She also learns she is not entirely to blame for the failure of her marriage. With the positive reinforcement of everyone at Serenity Hills, Prudence learns not to define herself by her past. But moving forward would mean letting go of Nick for good, and Prudence isn’t sure she can.

“My name is Prudence Aldrich. My friends call me Prue. I am a wife, a mother, and a sex addict. Welcome to my heart-wrenching world of deceptions and adultery-disguised behind the pretense of an ordinary life. This is my story of addiction and recovery”_ Prue.

Jennifer Irwin has written a book that is relevant, raw, brutally honest and absolutely stunning. The characters are so well developed and the descriptions were so well done I could easily imagine myself and all of the other characters in the surroundings. She truly has a gift!

As Prue enters rehab she confronts her own guilt, shame and fears. She calls herself a whore. A slut. She shoulders all the blame and she owns her sexual behavior. Every person at Serenity Hills is here to get help. To recover. From drugs and alcohol to sex addictions. There are no secrets here. No class system here. Everyone is an addict. Everyone is suffering and in pain.  As desperately as Prue wants to be a faithful and loving wife and a dependable and good mother she doubts herself.

The story is told as Prudence enters rehab. And the chapters go back and forth from her childhood to her time at the rehab facility. On paper Prue should have had a great life. But money isn’t everything and instead she gets a couple of damaged parents who bring more chaos and damage to Prudence and her brother.

Living with a mother who is having her own issues, Prue seems to be lost in the chaos constantly surrounding her. Her mother is not the motherly type and has horrible taste in men.  Prue is told over and over how she is only good for one thing. She’s awful, she’s stupid, she’s fat. The list is long and painful. Because she is none of those things. She grew up believing that she deserved no better treatment than what she got. And because of that she confused sex with a lot of other things it was not.

No matter how many men she slept with, it never took away that not good enough feeling. As for the sex, the pleasure was fleeting at best and left her with more self-loathing.

I am not ashamed to say this story opened up a lot of scabs that I thought had healed over. I was wrong. You don’t ‘get over’ the things that happen to you as a child. All of those things make you the adult you become and when abuse is all you know you continue abusing yourself through a multitude of ways.

A novel full of what I call ‘feels’. At first I looked at Prue the same way she looked at herself. Then I read her life story and I cried. I ached for the little girl, I wanted to protect her from herself. I cried at how brave she really was. In a culture I know all to well, as long as it looks picture perfect on the outside who cares whats going on inside?

You don’t have to be a sex addict to understand the importance of this novel. Addiction can take many forms. Including the stories you tell yourself. I’m worthless. I’m ungrateful. I’m stupid. The human need to be loved can make us behave in ways even we don’t understand. But I’m rooting for Prue! By the end of the novel, I didn’t want it to end! I wanted to know what happened at home? Did she find her true self and stick to it?

I can only hope that Ms. Irwin gives us a few more glimpses of her wonderful character.

Congratulations Ms. Irwin!  I can’t wait for the film!

4 thoughts on “A Dress the Color of the Sky, A Novel by Jennifer Irwin”