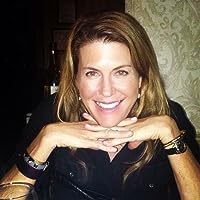 Though a native New Yorker I’ve lived in several cities around the country. This provided a wonderful opportunity to meet people of different backgrounds and make many friends. I earned my BA in Cinema from Denison University, and later worked in advertising and marketing, raised three boys, and ultimately became a certified Pilates instructor.

Although I’ve written screenplays and short stories since college, A Dress the Color of the Sky is my first novel. It is my hope that you will enjoy reading it and leave your review here on Amazon. October 17, 2017 is the launch of my US tour and I look forward to meeting many of my readers. If you are one of the millions of people suffering from an addiction of any kind I hope you find the help and treatment needed to live the healthy and fulfilled life you deserve.

Tomorrow I’ll be posting a review on author, Jennifer Irwin’s new novel A Dress the Color of the Sky.  Here is the synopsis of the book:

For too many years, Prudence Aldrich has been numbing the pain in her life with random sexual encounters. Her marriage to cold, self-centered Nick is, not surprisingly, on the rocks. But after several dangerous experiences with strangers, Prudence finally realizes she needs therapy to stop her self-destructive behavior, and so she checks into the Serenity Hills rehab center.

Prudence blames herself for her irresponsible behavior and is filled with self-loathing. She’s convinced she is completely at fault for Nick’s manipulative attitude and believes with therapy, she can return their relationship to its idyllic beginnings. However, her therapist and the other members of her rehab group see the person behind the pain. As Prudence learns more about herself and the reasons for her behavior, including startling revelations about her childhood, she begins to understand the basis for her lack of sexual self-respect. She also learns she is not entirely to blame for the failure of her marriage. With the positive reinforcement of everyone at Serenity Hills, Prudence learns not to define herself by her past. But moving forward would mean letting go of Nick for good, and Prudence isn’t sure she can.

It is a very good story and very relatable. Especially now. Tomorrow we will talk about the book and the review. Today I want to talk to you about Jennifer Irwin.

I was asked by an indie author to go vote for her book on SOOP( Something or Other Publishing) most of you probably know the site. When I was there I saw Jennifer’s book. After reading a bit, I ended up voting for this book. I encouraged everyone I knew to follow her and watch for her.

Jennifer has worked very hard for this story to be told. She put in the time and effort to edit ( with help) and edit some more and polish and make sure it was her best. It took her  a bit, but soon not only did she have a bidding war with publishers, but the film rights have already gone to Reese Witherspoon and Jennifer writes screenplays so she jumped in there too.

All this while raising three boys and getting them ready and into college, taking care of a home and a family and talking to anyone who would listen about her book.

As you can probably tell I admire her work ethic. She believed in her book, her story, herself and she kept working until yesterday her book hit Amazon. With a publisher, Glass Spider Publishing. And with great reviews. I use her as the best example of a writer, one who has committed to a goal and gone down the checklist doing everything right.

Tomorrow you can read my review and Jen I hope last night was amazing! Congratulations!