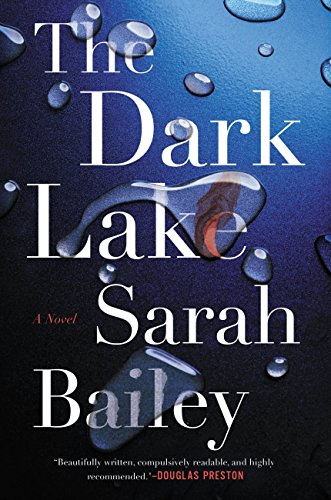 Rose was lit by the sun, her beautiful face giving nothing away. Even back then, she was a mystery that I wanted to solve.

The lead homicide investigator in a rural town, Detective Sergeant Gemma Woodstock is deeply unnerved when a high school classmate is found strangled, her body floating in a lake. And not just any classmate, but Rosalind Ryan, whose beauty and inscrutability exerted a magnetic pull on Smithson High School, first during Rosalind’s student years and then again when she returned to teach drama.

As much as Rosalind’s life was a mystery to Gemma when they were students together, her death presents even more of a puzzle. What made Rosalind quit her teaching job in Sydney and return to her hometown? Why did she live in a small, run-down apartment when her father was one of the town’s richest men? And despite her many admirers, did anyone in the town truly know her?

Rosalind’s enigmas frustrate and obsess Gemma, who has her own dangerous secrets—an affair with her colleague and past tragedies that may not stay in the past.

Rose comes across as beautiful, talented and with her wealthy father, it looks like she has it all. But she doesn’t. As we find out more about her, from her mother dying right after her birth, her manipulative behavior, and rumors about inappropriate behavior with her students.

There are no shortage of suspects here. I even suspected Gemma herself for a long while. And then she began getting threats. When her own son is targeted, things get kicked into overdrive and she literally is chasing down a killer.

A very nice thriller that had me questioning if people ever leave the events of high school behind them successfully? It is all in the perception.

2 thoughts on “THE DARK LAKE BY SARAH BAILEY”