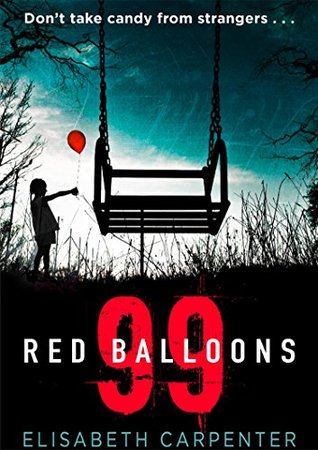 Two girls go missing, decades apart. What would you do if one was your daughter?

When eight-year-old Grace goes missing from a sweetshop on the way home from school, her mother Emma is plunged into a nightmare. Her family rallies around, but as the police hunt begins, cracks begin to emerge.

What are the secret emails sent between Emma’s husband and her sister? Why does her mother take so long to join the search? And is Emma really as innocent as she seems?

Meanwhile, ageing widow Maggie Taylor sees Grace’s picture in the newspaper. It’s a photograph that jolts her from the pain of her existence into a spiralling obsession with another girl – the first girl who disappeared…

Told from alternating viewpoints, it took me a minute to figure out all the players in this psychological thriller.

An eight year old girl doesn’t come home from school. As her family frantically try and figure out who did this and why.

Not far away, Maggie has already lost her husband, dear friends and her daughter and is still not over the abduction of her granddaughter. When she sees a picture of Grace in the news, she feels a strong connection.

This was a very twisty tale full of secrets, crimes and stolen children. Will they get Grace back? Is this family even a family?

There was quite a bit of tension in the story, as one would expect when a child goes missing. It was a good story. I just felt there was a lot more that could have been said about the individual characters.

Would I read it again? No. But give it a try and let me know what you think!

One thought on “99 RED BALLOONS by Elisabeth Carpenter Release Day!!”