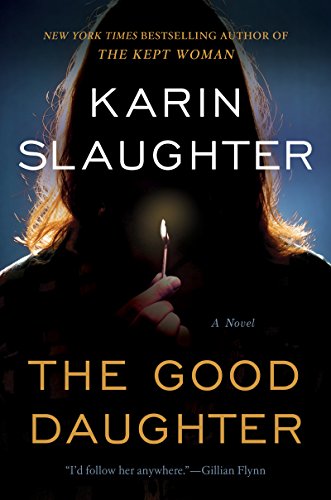 The stunning new novel from the international #1 bestselling author — a searing, spellbinding blend of cold-case thriller and psychological suspense.

Two girls are forced into the woods at gunpoint. One runs for her life. One is left behind…

Twenty-eight years ago, Charlotte and Samantha Quinn’s happy small-town family life was torn apart by a terrifying attack on their family home. It left their mother dead. It left their father — Pikeville’s notorious defense attorney — devastated. And it left the family fractured beyond repair, consumed by secrets from that terrible night.

Twenty-eight years later, and Charlie has followed in her father’s footsteps to become a lawyer herself — the ideal good daughter. But when violence comes to Pikeville again — and a shocking tragedy leaves the whole town traumatized — Charlie is plunged into a nightmare. Not only is she the first witness on the scene, but it’s a case that unleashes the terrible memories she’s spent so long trying to suppress. Because the shocking truth about the crime that destroyed her family nearly thirty years ago won’t stay buried forever…

There will probably never be a rabbit hole that I won’t follow Karin down. First she is a fellow Georgia girl and second she has a gift for storytelling that leaves you biting your fingernails all the way to the end!

This one is no different. The events 28 years ago have shaped each of the individuals involved in different ways. Even their memories of that night are different and we hear more about them as the story goes from present day to that tragic night.

There are so many plot twists in this book, I was constantly saying, ” Wait..What??” And I would never have seen that ending coming! Coming from small town Georgia myself, I can attest to the fact that your business is every one’s business. And it’s not what you know it’s who you know and who is keeping secrets and what they do with that information.

There is violence against women and children in this book. It is raw and sometimes painful to read. Regardless, I could not put it down once I started it. There is enough of the truth in the story to make it feel real and scary and a whole lot of other emotions.

Thanks again for the wild ride!

3 thoughts on “THE GOOD DAUGHTER BY KARIN SLAUGHTER”