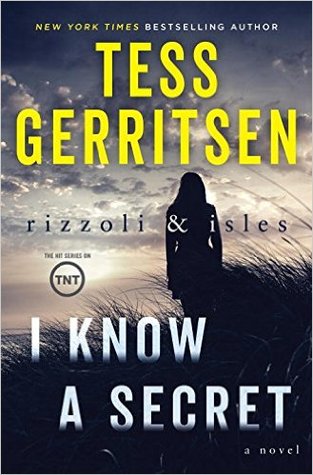 In the twelfth gripping novel featuring Jane Rizzoli and Maura Isles, the crime-solving duo—featured in the smash-hit TNT series Rizzoli & Isles—are faced with the gruesomely staged murder of a horror film producer.

The crime scene is unlike any that Detective Rizzoli and medical examiner Maura Isles have ever before encountered. The woman lies in apparently peaceful repose on her bed, and Maura finds no apparent cause of death, but there is no doubt the woman is indeed dead. The victim’s eyes have been removed and placed in the palm of her hand, a gesture that echoes the terrifying films she produces. Is a crazed movie fan reenacting scenes from those disturbing films?

When another victim is found, again with no apparent cause of death, again with a grotesquely staged crime scene, Jane and Maura realize the killer has widened his circle of targets. He’s chosen one particular woman for his next victim, and she knows he’s coming for her next. She’s the only one who can help Jane and Maura catch the killer.

But she knows a secret. And it’s a secret she’ll never tell.

I was so excited to see a new Rizzoli and Isles book from Gerritsen! They make such a great team, the Detective and the Medical Examiner.

Maura is visiting her dying biological mother in prison where she is dying from cancer and doesn’t have long to live. She is in there because she has killed a lot of people. It’s a family business and she is skilled at pushing Maura’s buttons. Maura would just like her to die and get on with it. When she gets the call from Jane that they have a body, she is happy to leave.

With body after body piling up with no visible cause of death, they finally catch a break and a story that links all of the victims finally comes to light. And it is truly unbelievable.

This time Jane may not get her man after all. And Maura may get hers back!

All of our favorite characters are here. Angela and Frankie and even Vince and of course Gabe. It is always a fun ride with Tess and her Rizzoli and Isles characters, whether in a book or on the screen!

Highly recommend this one!