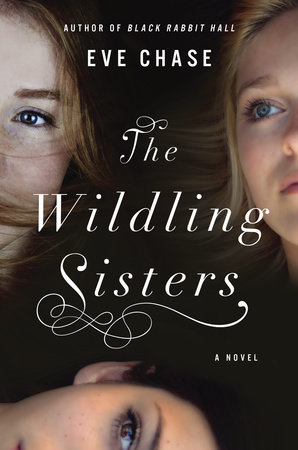 Nineteen fifty-nine. The four Wilde sisters, Isla, Violet, Maggie and Dot, are spending the summer in the Cotswolds, at Applecote Manor. Affectionately called the Wildlings, the sisters are exceptionally close, yet this year there’s a sense of nostalgia. Things are changing.

Except for Applecote itself, a house that seems frozen in time. The sisters haven’t been there in five years; not since their cousin Audrey mysteriously vanished.

But as they discover Applecote’s dark secrets and new temptations, the sisters begin to grow apart. Until the night everything spirals out of control and the Wildlings form a bond far thicker than blood . . .

Told in a dual timeline, it was very easy to follow the story. Mainly because it starts out in the 1950’s, so most of the people are still alive over 50 years later when a new family buys Applecote. Jessie, new wife and mother plus step-mother to a snotty teen-aged daughter whose own mother died a few years. Will is Jessie’s husband and Bella’s father as well as the new little girl, Romy.

The house seems to be alive, breathing as it contracts and constricts, seemingly at will. Something bad has happened in this house  And it feels like they may have made a horrible mistake.

Margot is the voice we hear of the four sisters. The story of that last fateful summer at Applecote and how all of their lives were drastically changed forever.

The writing is easy to read, there is a good flow to it and the characters are all flawed in some way and yet in a way that only family can do, they find the truth and come out on the other side much different from when they came to the house.

I love the title and cover and I hope you will give this one a read! A good summer escape read!

Books,Books and More Books Reviews thanks Netgalley and Penguin Random House for this lovely read!

Eve Chase is the pseudonym of a journalist who has worked extensively across the British press.

Eve Chase always wanted to write about families – ones that go wrong but somehow survive – and big old houses, where family secrets and untold stories seed in the crumbling stone walls.

Black Rabbit Hall is such a story.

She lives in Oxford, England with her husband and three children.