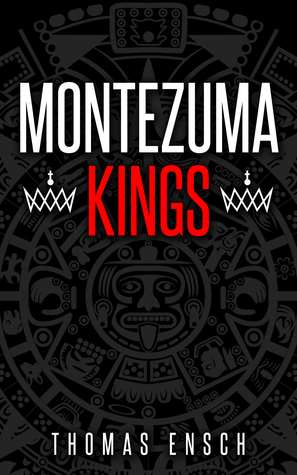 Best friends since childhood and now business partners, Mack and Eddie are known for throwing the hottest underground raves in San Diego. But what most people don’t know is that the secret rave parties are just a front for their more illicit business: selling mass quantities of cocaine. Using fraternities at the local universities as built-in distribution networks, they’ve built quite the empire. And business is booming. They own a luxurious home in the hills of La Jolla, drive expensive sports cars, and receive the VIP treatment at the most exclusive clubs and restaurants in the city. Simply put, they’re living the life any college student dreams of living. But as Eddie nears his graduation, he begins to second-guess his career path.

Alexander Alston was once the golden boy of the Drug Enforcement Agency, but after making one fatal mistake on a case two decades ago, his career fell to shambles. He’s always believed he’d eventually return to his former glory, but as the years have worn on, and his role at the agency has diminished, he’s begun to lose hope he’ll ever get the chance to make his glorious comeback. Then, one morning when he’s on the brink of retirement, he receives an anonymous letter that will change his life.

Fictionally inspired by the real life events of Operation Sudden Fall, one of the largest collegiate drug busts in U.S. history, Montezuma Kings is both suspenseful and thrilling, and at times, tragic.

I felt like I had already read this book. Some of the characters were decently developed and some I did not even see a reason for them being part of the story.

To be honest, it felt like a really watered down version of Don Winslow’s Savages. Very watered down.  I’m sure people will like this one, especially if you like your violence on the lighter side. These guys were dealing with cartels and none of the characterizations rang true.

I knew about Operation Sudden Fall so I knew what was going to happen, but I can’t say I enjoyed it.

One thought on “MONTEZUMA KINGS by Thomas Ensch”